The Department of Psychology at Staffordshire University is delighted to invite you to Psychology and the Brain, a fun and interactive evening where you will be given the opportunity to get hands-on with some of our fascinating equipment and hear from experts in the field. 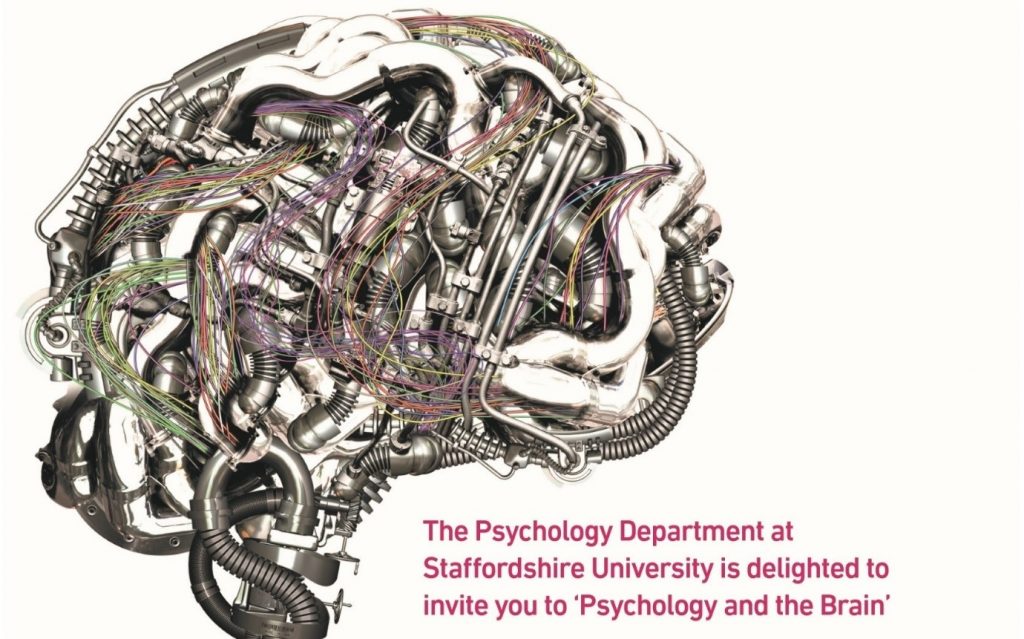 Psychology and the Brain: Listen

Have you ever wondered… how we measure brain activity? How does VR trick our eyes into thinking what we’re seeing is reality? A series of short expert talks will explore these and other fascinating questions.

Psychology and the Brain: Hands-on

Try your hand at learning how our equipment works such as how we tell if you are stressed, how we can uncover if you are lying and how we test your reaction skills in our driving simulator, amongst other fun demonstrations.

Psychology and the Brain: A chance to win

Having taken part in the hands-on activities, you have a chance to win some Love2Shop vouchers. Entry information and winners announced on the night.

Follow the Psychology and the Brain event via our twitter hashtag #StaffsPsychBrain, including live tweets on the night.

Book Tickets: All welcome. Reserve your (free) space at https://psychologyandthebrain.eventbrite.co.uk or contact psychologyevents@staffs.ac.uk for more information.

Psychology and the Brain is part of a series of events organised in connection with the Psychology Society to celebrate Brain Awareness Week. Full details can be found here.

How does psychology and the brain apply to you and your life? Come along and find out.

The Department of Psychology at Staffordshire University offers a range of undergraduate and postgraduate degrees in Psychology at the University’s £30 million Science Centre in Stoke-on-Trent.

Dr Maria Panagiotidi, who has recently joined the Psychology Academic Staff as a Lecturer in Psychology at Staffordshire University, writes an introductory blog about herself and her research:

I am delighted to be joining the team at Staffordshire University as a Lecturer in Psychology. 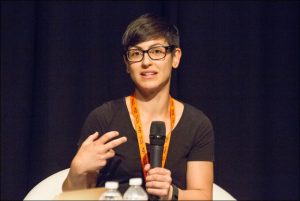 I completed my undergraduate degree in Psychology at Pantio University in Athens, Greece. I fell in love with research and cognitive psychology while working on my research project, which investigated the effects of music training on time perception. After graduating I moved to London, where I obtained a MSc in Cognitive Neuroscience.

I completed my PhD in Psychology at the University of Sheffield under the supervision of Dr Tom Stafford. During my studies I examined the role of the superior colliculus in Attention Deficit Hyperactivity Disorder (ADHD) and worked on establishing a potential objective test for the disorder using a variety of methodologies (eye tracking, behavioural testing, clinical eye tests). The initial findings from my studies were promising and led to a successful grant application (White Rose Collaboration Fund) to fund a study investigating the role of the superior colliculus in ADHD using neuroimaging in collaboration with researchers from the University of York and Leeds.

Over the last year, I have been working as a research psychologist at Arctic Shores, a Manchester based start-up creating psychometric mobile games. My role involved designing and conducting experiments to validate psychometric games. Being part of a multidisciplinary team and an innovative organisation was a great experience and provided me with useful insight into applied psychology and new technologies. As a result, I have developed a passion for cyberpsychology, a subject I am hoping to further explore in the future.

Alongside my previous roles, I have been actively involved in a number of science communication and public engagement activities. A recent project I worked on was the Empathy Station, an installation in collaboration with British Council Film exploring the role of Virtual Reality on Empathy, which was presented at last year’s Sheffield International Documentary Festival. I’m looking forward to continuing this work and taking on some public engagement responsibilities here at Staffordshire University!

If you want to hear more about my research or want to get in touch, please follow me on twitter @mariapage.

I’m looking forward to getting stuck into teaching and meeting more of the students and staff at Staffordshire, which has been a very supportive and welcoming place so far! I’m also excited to start doing research using the fantastic facilities here at the Science Centre.

The School of Psychology, Sport and Exercise at Staffordshire University is a leading School in the UK for Psychology degrees and is situated in the heart of England.  We produce internationally recognized research which is driving knowledge in this area forward and we work with a variety of healthcare providers, charities, international sports teams and private sector organisations.

Interested in a Psychology degree? Come to an Open Day – for further details, and to book your place at an open day, please visit: http://www.staffs.ac.uk/openyourmind/

For more information or details of the wide range of Psychology degrees on offer at Staffordshire University please visit our website and our courses page. 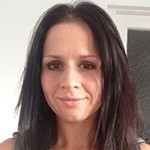 Dr Joanne Lloyd, Lecturer in Psychology at Staffordshire University, was featured on BBC Radio Stoke’s Stuart Gordon early evening show talking about the Stoke Psychologist in the Pub series and her talk on “Is Gambling Really the Son of Avarice or the Father of Despair”?

You can listen to Dr Lloyd’s interview via the BBC iPlayer link below:

The Psychologist in the Pub series takes place on the first Wednesday of the month and is co-organised by the West Midlands Branch of the British Psychological Society and the Staffordshire Centre for Psychological Research. The series of talks is kindly hosted by The Glebe Pub in Stoke town, near Stoke Minster.

Missed the first talk of the 2016/17 series? Don’t worry, upcoming talks include:

Talks start at 6pm, but we recommend arriving at 5:30pm to buy food and drink, and find a seat! Directions to the Glebe Pub can found here. 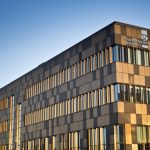 The Staffordshire Centre for Psychological Research is home to research activity in the Psychology Department at Staffordshire Centre. The Centre is home to a number of research-active psychologists who are engaged in research across a wide range of psychological subdisciplines. The Centre has two overarching research streams, Health and Behaviour Change, and Applied Perception and Cognition.

With this week being National Suicide Prevention Week, I thought it might be interesting for psychology students and the general public to see how a topic as sensitive as suicide is tackled from a psychological research perspective. Our work is investigating experience of suicidal thoughts, feelings and behaviours or attempts (also known as, “suicidality”), in people with a diagnosis of bipolar disorder. Despite numerous suicide prevention efforts from various sources including, the NHS and charities such as Samaritans, suicide remains the leading cause of death amongst men aged 15 to 44 in the UK. Every four minutes someone makes a suicide attempt and every hour and a half someone dies – so it really is an epidemic.

Suicide tends to be investigated in terms of risk factors. Research studies will try to identify factors which put an individual at a greater risk of either becoming suicidal or attempting to end their life. Common risk factors include gender (being male is typically associated with greater risk), age, employment status, marital status, a previous suicide attempt and a mental health diagnosis. Although these factors can help to predict who might become suicidal, they don’t really tell us anything about why someone became suicidal. For example, simply being male and unemployed doesn’t give us any explanation of the underlying psychological processes and pathways which led to the development of suicidal feelings.

This is where our work comes in – we’re interested in finding out more about these underlying psychological processes. For example, feeling hopeless, feeling defeated and trapped within a situation, feeling like you can’t cope. By understanding more about these processes, we hope that we’ll be able to better inform psychological interventions which specifically aim to change these processes in order to reduce suicide risk in bipolar disorder.

This type of research is a relatively new area in the field of bipolar disorder, so we started off by conducting an exploratory qualitative study with 20 participants (click here to view the paper’s abstract). We found that factors which protected against suicidal behaviour included, (1) thinking about the impact that suicide would have upon family members and friends, and (2) having a strong social support system. We found that triggers for suicidal thoughts included, (1) experiencing mental health stigma, and (2) feeling like a burden to other people.

Participants sought: Do you have a diagnosis of Bipolar Disorder?

These qualitative findings have informed a larger, quantitative, questionnaire based study which we are currently recruiting volunteers for. Recruitment for the questionnaire study will close by February 2016. If anyone would like any more information about our work or would like to take part, please get in touch with me directly by email at Rebecca.owen-6@postgrad.manchester.ac.uk or by phone on 0161 275 2593. 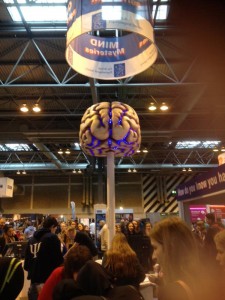 The BPS Stall at the Big Bang Fair

Blessing having a go at drawing via the mirror!

Level 4 student Blessing said “Working at the Big Bang Fair 2015 was an amazing experience I can never forget in a hurry. I was involved in approaching people of diverse age groups to perform a mirror drawing task and at the end explaining why they experienced difficulty in performing the task using Perception and Learning explanation. I felt really pleased to have taken part in this event to promote Psychology and Staffordshire University. I was able to put my communication skills into effective use during the event. I will also like to add that taking part in this event boosted my confidence level because I was given an opportunity to be in charge; to work as an exhibitor, as participants looked up to me for an explanation and I believe my response was well appreciated based on their expressions. Once again it was an amazing experience!!!’’ 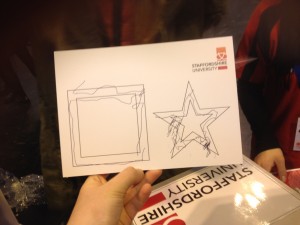 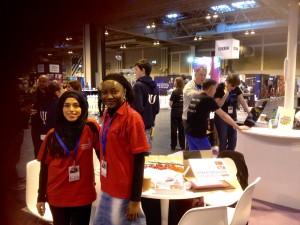 For more information about courses in Psychology at Staffordshire University please click here. Keep up to date with the latest news, events and research updates from the Staffordshire Psychology team via @StaffsPsych.

Dr Alison Owen, Lecturer in Psychology at Staffordshire University, was featured on the West Midlands’ edition of BBC1’s Inside Out programme broadcast on Monday 23rd February.

Alison was featured on a segment focused on the dangers of sun exposure as BBC journalist Laura McMullan, a former tanning addict and cancer survivor, takes a young woman (Jess) from Stoke-on-Trent on an exploration of the health risks associated with excessive exposure to ultraviolet radiation.

Alison can be seen showing Jess and Laura the potential negative effects of Jess’s current UV exposure on the health of Jess’s skin at age 70 based on computer modelling. The Inside Out programme can be viewed via the BBC iPlayer link below. Further details about the programme and Laura McMullan’s story can be found via the Stoke Sentinel link.