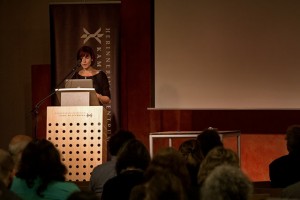 Over the summer months, staff from the Centre of Archaeology have been involved in a number of exciting fieldwork projects, conferences and events:

Dr Caroline Sturdy Colls participated in a research visit to Serbia, Croatia and Bosnia Herzogovina with the Terrorscapes Research Group. Fifteen international scholars visited sites from the Second World War, the Communist period and the conflicts of the 1990s in order to examine the ways in which the narratives of conflict evolve and how the traces of these sites are presented.

Students from the Forensic and Crime Science department at Staffordshire University undertook a field school on the island of Alderney. The fieldwork was designed to facilitate the survey of archaeological sites on the island whilst also offering the students involved experience in the application of archaeological and forensic techniques.

The Alderney Archaeology and Heritage project is a long-running research project which focuses on the the survey of sites pertaining to the Occupation of Alderney by the Nazis during the Second World War. The fieldwork also contributed to the Ancient Archaeology of Alderney project.

Archaeologists from Staffordshire University undertook excavations at the site of William Shakespeare’s final home at New Place, Stratford-upon-Avon. These excavations formed part of the Searching for Shakespeare project.

Dr. Caroline Sturdy Colls also attended the 70th anniversary commemoration of the Treblinka Revolt, held at the Museum of Struggle and Martyrdom in Treblinka, Poland.

September was an extremely busy month! Dr Caroline Sturdy Colls presented a paper on the Landscapes of the Holocaust at the Society of Cartographers’ Conference, held at Staffordshire University. She also presented papers on the ethical issues surrounding the investigation of Holocaust sites and her recent research on the island of Alderney at the European Association of Archaeologists’ Conference in Pilsen, the Czech Republic.

A team of experts from across the Faculty of Computing, Engineering and Sciences then undertook a programme of fieldwork at Treblinka extermination and labour camps in Poland. This fieldwork was filmed for the television documentary ‘Treblinka: Inside Hitler’s Secret Death Camp’ which is due to be aired in the UK on the 27th November at 9pm on Channel 5. Discover more about the Finding Treblinka project.

On the 1st October the Centre of Archaeology was launched. Kevin Colls joined the Centre as an Archaeological Project Manager. With over 15 years experience of commercial and research archaeology, Kevin will lead our commercial services provision and will be heavily involved in the development of new and exciting training courses.

The results of an archaeological survey carried out at Staro Sajmiste by staff from the Centre of Archaeology were also presented at the 54th October Salon in Belgrade, Serbia.