The team at the Centre of Archaeology have been conducting archaeological research and fieldwork at sites of mass violence and terror as part of the HERA Accessing Campscapes: Inclusive Strategies for Using European Conflicted Heritage. 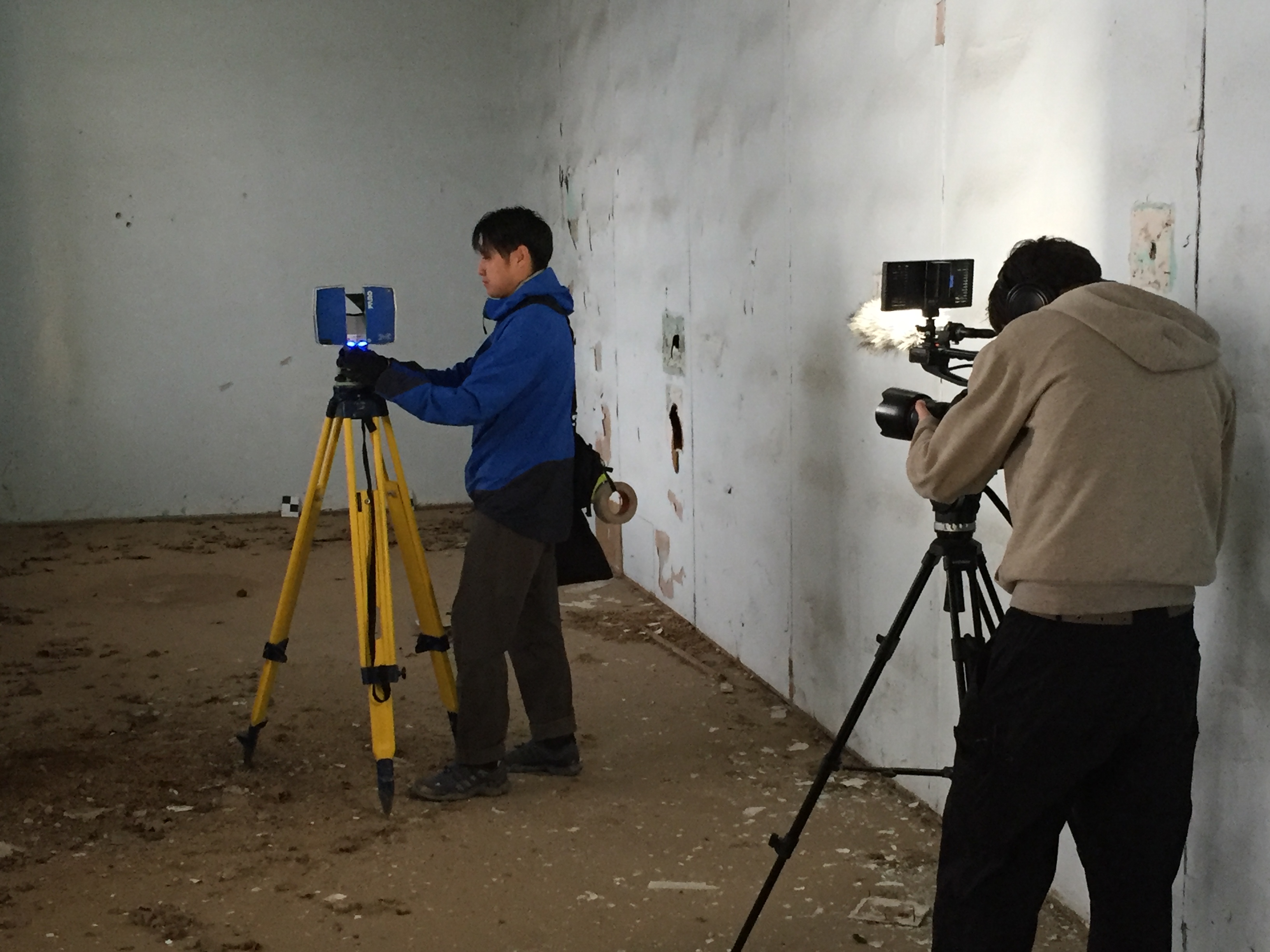 ScanLab and Staffordshire University teams work to document the complex at Jasenovac, Croatia.

In March 2018 the Centre joined their international partners at the Stara Gradiška internment complex near to the Croatian village of Stara Gradiška. Working together with British companies FlyThru and ScanLab, the team worked to map sites of historical importance relating to the Holocaust. First used as a prison in 1799 for French prisoners of war, the fort complex has been used as a prison for almost 200 years. In 1941, the Croatian Ustasha regime turned the prison into a concentration camp, one of the most notorious in Europe, associated with the Jasenovac extermination camp.

According to the Jasenovac memorial site, the names and data for some 12,790 victims of this particular concentration camp have been established. The University archaeological team aimed to uncover and document any existing evidence of human suffering and resistance from all periods of history. The University team documented graffiti from the Second World War to the conflict in the 1990s, as well as completing detailed floor plans of the interior of the complex.

This aerial data captured as part of the FlyThru survey is to be used alongside detailed ground-based survey grade data captured by ScanLab. This data capture would focus on the lower building facades and building interiors, allowing detailed reconstructions of the entire buildings to be generated.

Further information and results of the survey at Jasenovac will be made available on the campscapes.org project website.

The team from the Centre of Archaeology, Staffordshire University document the finds from the excavation of the rubbish pits at Falstad, Norway.

In May 2018 staff from the Centre of Archaeology and students from Staffordshire University, joined international partners of the HERA funded Ic-Access ‘Inclusive Strategies for Using Europe’s Conflicted Heritage’ (iC-ACCESS) project, to conduct archaeological fieldwork and excavations at the site of the former SS- Strafgefangenenlager Falstad at Ekne in North Trondelag, Norway.

The team carried out a topographical survey of the site, mapping in key features and locations, including buildings, landscapes and depressions. An investigation of the presumed landfill area was carried out, by conducting a trial trench excavation. The results of this excavation were able to provide a wealth of information regarding the nature of the rubbish pits associated with the camp.

In addition to the archaeological work, the team were once again joined by ScanLab and FlyThru. ScanLab conducted a terrestrial LiDAR survey of the site, focusing on recording the current landscape and surviving structures, and FlyThru recorded the current appearance of the camp using drone technology. The combination of both these surveys will contribute towards the construction of a 3D model of the camp.

Further information and results of the survey at Falstad will be made available on the campscapes.org project website.