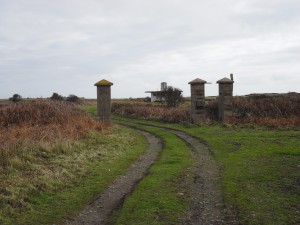 Dr Sturdy Colls appeared on the Channel Islands TV news on 9th March in response to news that the States of Alderney will consider proposals to make Lager Sylt a site of special historic or archaeological interest in mid March. Lager Sylt was the only SS camp on British soil and thousands of forced labourers from across Europe were interred there by the Nazis during the Occupation of the Alderney between 1942-1945. Several other labour camps also existed on the island and an unknown number of internees died on the island as a result of harsh living and working conditions. Others were executed or beaten.

Dr Sturdy Colls spoke about research and fieldwork that has been carried out by the Centre of Archaeology at Lager Sylt and the other camps on Alderney since 2010, and discussed the vast body of new evidence that her team has uncovered so far. Dr Sturdy Colls outlined why it is important to continue to conduct investigations in Alderney and how this work is contributing to a new understanding of the Nazi Occupation and the experiences of the forced labourers.

The news story was also featured in BBC News Guernsey and can be accessed online.

Dr Sturdy Colls was also interviewed by Mark Forrest on the Mark Forrest Show which was aired on all BBC local radio stations across the UK. The show is available BBC iPlayer until 10th April [Lager Sylt: 1 hour 15 minutes into the show].