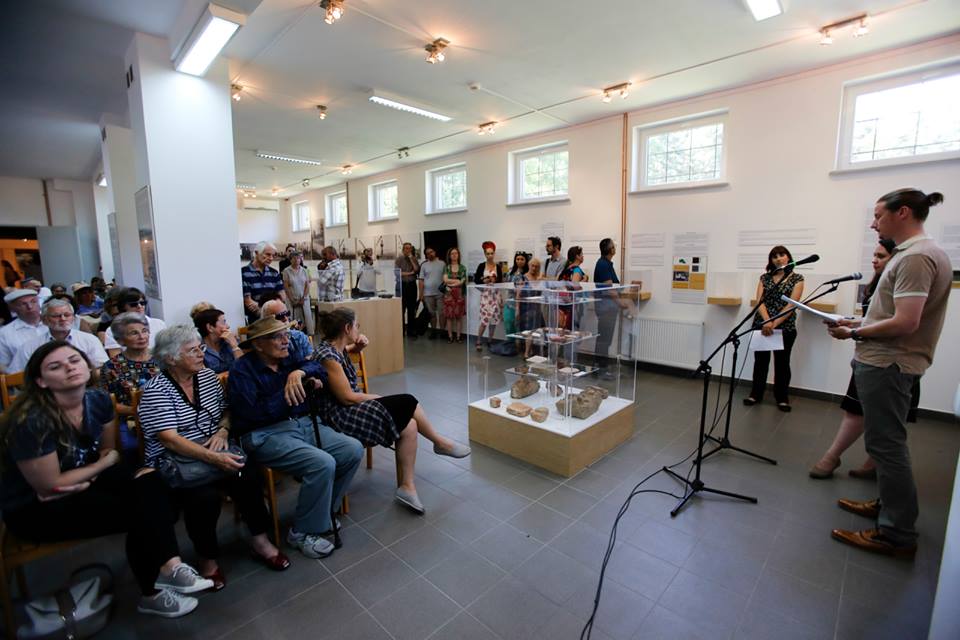 “Finding Treblinka: An Exhibition of Forensic Archaeological Research” showcases physical evidence uncovered at both camps during a seven-year research project led by Dr Caroline Sturdy Colls. Located within the Museum of Struggle and Martyrdom at Treblinka in Poland, the permanent exhibition provides visitors with a new history of the crimes perpetrated in both camps, where almost one million people are known to have died during the Holocaust. It also features an outdoor exhibition at the labour camp and execution site, where archaeological investigations have shed new light on the nature of the Nazis’ crimes. The opening of the exhibitions took place on the 72nd anniversary of the Treblinka revolt, an event which saw approximately 200 prisoners escape from the extermination camp. The only remaining survivor of the extermination camp, Samuel Willenberg, attended the ceremony along with his family.