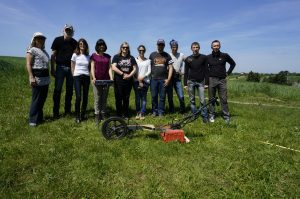 The results of a non-invasive archaeological survey in Rohatyn, Ukraine, undertaken by a team from the Centre of Archaeology are now available online.

A summary of the results is also available, which includes not only the survey’s findings, but also descriptions of the methodology, issues encountered during the survey, the documented history of the execution sites (1942-43), and follow-up recommendations.

A Ukrainian translation of the full 80-page report is in process, and will be shared with the City of Rohatyn and posted online when available.