The New Vic’s recent show, Table, was first staged at the National in 2013 and had its regional debut here.

It was one of the best evenings of theatre I have been privileged to be part of in some time. The table of the title is made by a carpenter in Lichfield at the end of the 19th century to mark his marriage. The table is then a mute centre-piece and witness to the joys, clashes and changing social and moral shifts in the family over the next 6 generations. There is humour and lust, as well as crisis and despair in Tanya Ronder’s script. The enduring message is that we are shaped and fight against both our family and the invisible social forces which seek to regulate our behaviour – moral codes, religion, the previous generation. The narrative is not linear, and the play is carefully choreographed to slip backwards and forwards in time and between Lichfield, London, Herefordshire and Africa.

The cast were excellent and the energy they put in to their performances deserved a fuller house. It is disappointing that more interesting and challenging theatre at the Vic does not receive the attention it deserves from an otherwise loyal audience.

In contrast to the intense seriousness of Table is the current production, Astley’s Astounding Adventures. Staged to mark the 250th anniversary of the founder of the modern circus, Newcastle Under Lyme’s own Philip Astley (he was the originator of the 42 foot ring with clowns, jugglers, acrobats and trick riders we know today), it is part of a programme of events and circuses around the area (my favourite so far was Circolumbia – South American hip-hop circus!).

This production is a joyous celebration of a working-class lad’s rise through the military ranks to become a circus impresario. The entertainment moves at a breathless pace. The central characters live, love and perform amazing circus stunts while maintaining excellent North Staffs accents (I’ve lived here 25 years and I still can’t do it) – sometimes while upside down. There is juggling, acrobatics, trapeze and that dangling from curtains thing. The circus in this play is genuine circus, not the faint impression of circus that theatre usually resorts to. I won’t tell you how they convey the horses and trick riding – you’ll have to find out for yourselves. The whole thing is accompanied by a little orchestra.

Astley’s is not exactly Beckett, but it is a great night out.

The autumn season at the Vic has many promising productions, which we will be organising trips to. 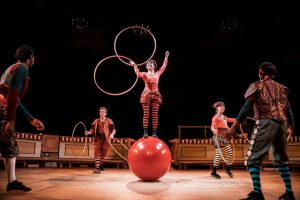 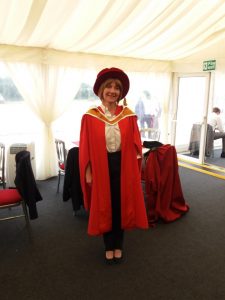 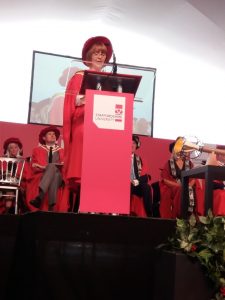