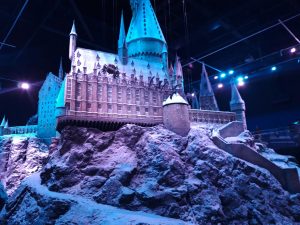 Students on the Children’s Literature module visited the Warner Bros. Studios for a tour of the Harry Potter studios near glamorous Watford. For students who are studying the Harry Potter novels as set texts, this trip was an enchanting and enlightening addition to their research and interest in the work of J.K. Rowling.
“I was on a train going from Manchester to London, looking out of the window at cows and I just thought “boy doesn’t know he’s a wizard goes off to wizard school”. This now-famous quotation from Rowling’s interview with Stephen Fry at the Albert Hall, 2003 is neatly paraphrased above the entrance to the exhibition and immediately situates the importance of the author and text as the foundation of this entire franchise. A display showing the creative process of adaptation, from novel to screenplay, is also emphasized in creative statements from the screenwriters and directors of the feature films. It was an invaluable insight into the creative and technical processes involved in adapting an imaginative work of literature to visual mediums– a memorable and magical experience which brings the study of literature to life.” 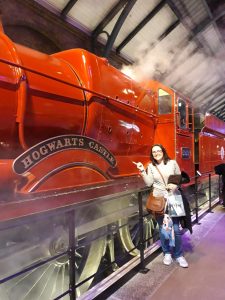 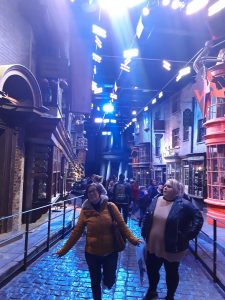