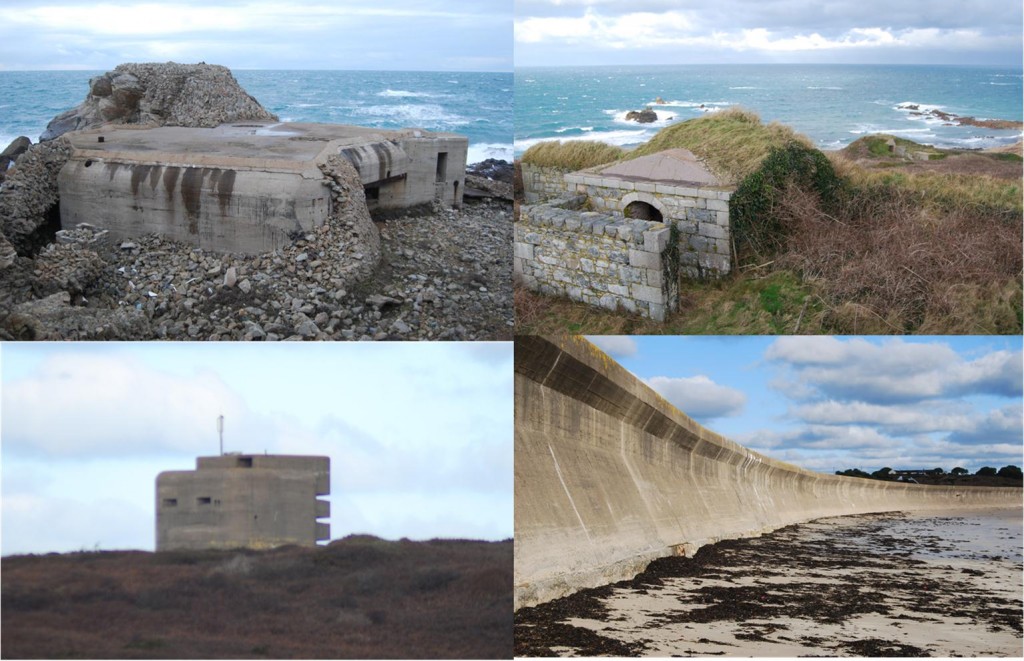 On 20 October 1941, Hitler issued an order to fortify the Channel Islands and make them an ‘impregnable fortress’. Being so close to the United Kingdom, yet also due to its remoteness, Alderney was of great tactical value to the Nazis and has been described as ‘the last stepping stone before the conquest of mainland Britain’ (Bonnard 1991).

Although estimates of exact numbers vary, thousands of workers and slave labourers were sent to Alderney to construct heavy coastal defence batteries, anti-aircraft batteries, earthworks, tunnels and other concrete fortifications. Housed in four labour camps (Norderney, Helgoland, Borkum and Citadella) and the only SS camp on British soil, Lager Sylt, many died of ill-treatment, malnourishment and exhaustion. There are also reports of executions.

The research project was instigated in 2010 with the aim to preserve the sites by way of digital record and to develop alternative forms of heritage presentation. This project has allowed the physical remnants connected to the Occupation to be recorded for the first time and for these sites to be added to the archaeological Sites and Monuments Record (SMR) for the Channel Islands.

New insights into the Nazi Occupation

Thanks to an interdisciplinary methodology, which combines historical research, cartographic and photographic data, and aerial reconnaissance material with non-invasive archaeological survey, new insights into the Nazi Occupation are being revealed. In turn, new opportunities for increasing academic and public knowledge of the sites are being realised through GIS analysis, 3D reconstructions and digital presentation of data.

Sites from other periods of the island’s history, such as The Nunnery, an important multi-period site at Longy Bay, and Les Huguettes, a prehistoric site located within the island’s golf course are also being recorded and interpreted.

The methodology used to record the physical remains includes:

Geophysical survey has rapidly grown into an essential part of the archaeological toolkit. The methods used facilitate the mapping of sub-surface deposits across a site by identifying changes in the soil properties. Some record changes in water content and moisture by passing electrical currents through the ground (resistance survey), others identify changes in the magnetic properties (magnetometry). Ground Penetrating Radar (GPR) was also used, as this technique is capable of mapping deposits at great depth. These methods can all prove successful in identifying buried structures and archaeological features. 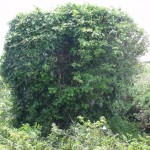 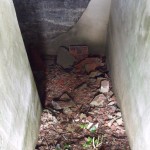 Low-level fieldwalking has been completed over much of the island to assess the landscape. When the data collected was integrated with documentary material and aerial photographs, several key sites were targeted for further intensive investigation. These were: Lager Sylt, Lager Norderney, and Longy Common. In addition, a newly declassified map created in 1944 by M.I.19 reveal that reconnaissance was undertaken by the British government during the war. This map provides the most comprehensive assessment of the physical remains of this period to date and offers considerable potential to add to our understanding of the Occupation landscape. 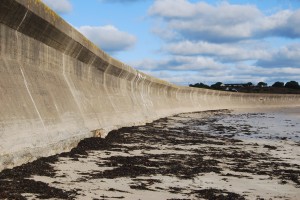 The influx of labourers to Alderney during the Occupation by the Nazis led to the creation of a number of camps to house them. In 1942 Lager Sylt was established as a labour camp, housing Political Prisoners, Conscientious Objectors, Homosexuals and Eastern European civilians. In March 1943, it was handed over to commanders of the SS Totenkopfverbank (Death’s Head Unit) and the site became a concentration camp. The remains of the camp are located in an area of land adjacent to the airport.

Archival research and site surveys were carried out at the SS camp of Lager Sylt with the aim of understanding the layout of the structures and the state of preservation. During the fieldwork, the vegetation was cleared in key areas across the site to allow the structural remains to be photographed, surveyed and recorded. Several buried structures were identified, including a set of steps leading to a cellar associated with the camp kitchen. This feature, which still has the original hooks used to hang up meat, was masked by the presence of vegetation.

Inside the camp boundary, many of the foundations of the prisoner barracks were located. These were found to be sunken and the survey identified well-preserved steps leading down to them. The level of protection afforded to some of the buildings that housed the camp staff was even greater – a considerable stone wall was located which surrounded the SS quarters, something which contemporary documents suggest was a measure used to protect the camp buildings from the harsh weather often encountered on the island. The camp boundary was also recorded, as were the stables, the Camp Commandant’s tunnel and a number of bunkers around the site’s perimeter.

Searching for the physical remains of Lager Norderney 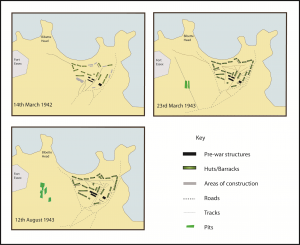 Located in the north-eastern corner of Alderney, the site of the former labour camp Lager Norderney is bounded by Saye Bay and Chateau L’Etoc to the north, Corblett’s Bay to the east and Fort Albert to the west.

Although more than 1,000 people of various nationalities were interred in the camp and subjected to forced labour, poor living conditions and harsh treatment, very little has been written about the history of the site and public knowledge about it is limited. In 1944, the camp was demolished and levelled by the occupying forces. Hence, it has often been stated that few traces of it survive. An archaeological survey of the site was, therefore, undertaken with the aim of determining whether any physical remains of the camp existed.

Analysis of aerial images allowed the camp’s development to be charted, revealing that it was actually constructed in 1942 (not 1941 as previously thought) and that demolition began in March 1944 (not July 1944 as stated by many historians). This also allowed a series of maps of the camp to be produced for the first time.

The combined use of desk-based assessment, topographic survey and geophysics allowed traces of almost all of the camp’s structures to be located; 38 were recorded in total. The foundations of a number of the prisoners’ barracks were identified and several defensive structures were recorded. A number of these were buried, however, some were found simply by clearing away dense vegetation.

The site of the slave worker cemetery on Longy Common was located and surveyed using a Ground Penetrating Radar, Resistance Survey and Differential GPS. Desk-based research was also carried out in numerous archives in order to provide an insight into burial practices on the island during the Occupation, and to identify the locations of known and unknown grave sites. This highlighted the chaotic system of burial used by the Nazis and provided a thorough analysis of the findings and shortcomings of post-war investigations by the British and Soviet governments. It also led to the discovery of unmarked mass and individual graves which were not exhumed in the 1960s when the vast majority of the bodies of forced and slave labourers were removed to France under the terms of the Anglo-German War Graves Agreement.

For further information about the Alderney Archaeology and Heritage Project see: