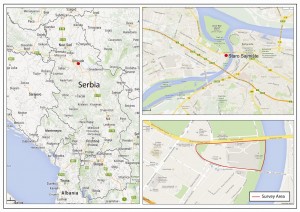 Map showing the location of Staro Sajmiste (after Google 2013)

On the left bank of the River Sava in Belgrade, Serbia, lies the dilapidated remnants of the Old Fairground, a complex of exhibition halls built in 1937 that represented the very core of Serbia’s industrial development. Still commonly referred to as the Old Fairground, this area now has a strong association with artistic development and houses studios, shops, mechanics workshops, car sales outlets, residential areas and Roma settlements. With the exception of two memorials at the site, there is little in the landscape to indicate that, during the Second World War, the Old Fairground structures were taken over by the Nazi occupying forces for the purpose of killing and interring Jews, Roma and political prisoners.

Between the 8 December 1941 and May 1942, it is estimated by historians that around 7,500 young, elderly and female Jews and Roma interred in what was known as Judenlager Semlin were murdered in mobile gas vans and buried in mass graves on the opposite side of the Sava River.

Following the announcement on the 8 June 1942 that ‘Serbia is free of Jews’ (‘Serbien ist judenfrei), the camp became Anhaltlager Semlin, a detention site for around 32,000 communists, partisans and Chetniks, of whom it is estimated by historians that around 10,600 were killed.

One of the very first chapters in the Final Solution 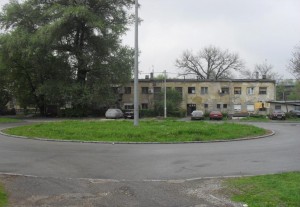 One of the former camp buildings at Staro Sajmiste

The killings in the Judenlager have been described as ‘one of the very first chapters in the Final Solution itself’ and have been the subject of many notable investigations by historians (Browning 1991, 68). The Anhaltlager has received less attention, but a narrative of the camp’s history has still been provided. However, public knowledge concerning the site and the events that occurred there appears to be limited both locally and internationally. The layout of the camp and the physical evidence relating to it that still survives in the modern landscape has also not been investigated.

Understanding the spatial layout of the camp and devising plans for memorialisation has been complicated by the fact that Staro Sajmište represents a ‘Living Death Camp’. This phrase reflects the fact that the landscape in which the camps were housed is, and has been since 1944, a dynamic one where the living and the memories of the dead coexist. 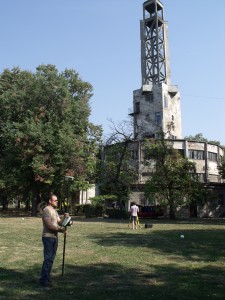 This was achieved through: 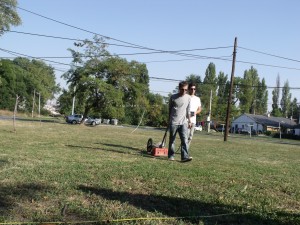 In summary, the research has facilitated: 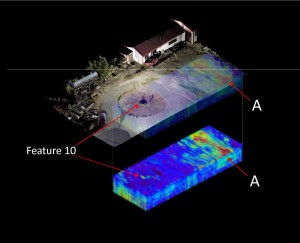 For more information about The Living Death Camps project see: